Personal journey of taking an interdisciplinary perspective and growing it into a new university – J.M. Cohn

What was the inspiration for founding a new university?

Why would anyone go to the immense trouble of starting a new university?

Quest University Canada was the brainchild of David Strangway OC FRSC, who had been President of the University of British Columbia (UBC) for 12 years. In large part due to his efforts to expand the size and scope of UBC, it is now a world-class, R1i institution. Over his tenure there, however, Dr. Strangway realized that R1 schools tended to neglect undergraduates because of the superior prestige but higher expense of graduate schools. When he retired from UBC in 1997, he decided to bring an exclusively undergraduate college to Canada.

Next door in the United States, there are hundreds of private liberal arts colleges, but in Canada, the old tradition has faded, and many Canadian students leave home to go across the border to school. In Canada, the provincial governments control and fund all higher education (except for a few religious schools), but chronic shortages in public funding tend to de-emphasise the importance of teaching and students’ personal development. It was thought that a private, secular university would have the freedom to develop an innovative curriculum, one less subject to standardized requirements and more flexible in response to today’s concerns.

Influential books that appeared around the time of Quest’s founding, like Thomas Friedman’s The World is Flat (2005) and Derek Bok’s Our Underachieving Colleges (2006), made the need for reform in higher education clear and urgent. Friedman put a strong emphasis on the inexorability of globalization and on the pressing need to revamp our response to an increasingly complex world. The son of a Canadian missionary doctor, Strangway himself grew up in Angola, and had strong personal attachments to a global outlook. Bok’s research proved that the traditional methods of university teaching—large lectures emphasising the transfer of information—were ineffectual and outmoded. These issues weighed on the minds of Strangway and his consultants, who wanted to educate young people in a new way.

Quest responded to these demands for private, exclusively undergraduate education in a time of globalisation when traditional university pedagogy failed its times. The original mission statement intended Quest to be “intimate” for small classes and personal development; “integrated” for a well-rounded education; and “international” for a global world view. That Quest should also be “innovative” was understood from the outset as one of the great advantages of starting a new school from scratch, one that would be free of bureaucracies and traditions. The small team of consultants researched and travelled widely to find the best pedagogical practices for undergraduate higher education. Not merely the curriculum, but every detail—from the campus architecture, to the scheduling of classes, to the shape of the seminar tables—everything was thought out from scratch. Quest University Canada opened its doors for the first class of students in September 2007. It took ten years of effort just to get to day one.

Why is Quest interdisciplinary?

The founders of Quest were distressed that undergraduates at most universities major in narrowly specialised “silos,” and were consequently unprepared for the interconnected complexity of Friedman’s “flat world.” To be educated in the traditional way too often means simply stacking up a pyramid of courses in a single area. For example, Mathematics majors take Math 101, 201, 301, 401, 501, and so on. Such students can—and often do—neglect all the other fields of knowledge.

One obvious rationale for such specialization is that there is an awful lot of math a student needs to learn. Every single discipline will say the same thing, however: four years do not suffice to get a good grasp of one discipline, let alone many of them. The pressure in the natural sciences to master material is especially great because scientists properly think of themselves as progressive: only the latest research is considered valid, and it rests on the entire accumulated corpus of knowledge in that area. Just gaining competence takes years; contributing anything new—the basic requirement of research—therefore gets harder and harder. On the other hand, such highly specialised graduates might well lack the sophistication to comprehend the scope of the problems for which their own expertise is needed.

No single discipline can hope to get a panorama of the whole. In its Latin etymology, the word “uni-versity” means “combined into one whole.” The large research universities today could more accurately be called “multi-versities.” They do not think of themselves as offering a single, unified curriculum. Rather, they encompass many different schools consisting of dozens of different disciplines existing side by side in an uneasy equality. They do so in response to the specialization and the proliferation of disciplines. But by doing so, they have disavowed their responsibility to educate undergraduates into an integrated whole. The founding faculty at Quest had the explicit mission to design an integrated curriculum, one for educated young leaders who would be able to address today’s global issues—or, on a humbler scale, for graduates capable of comprehending the enormous complexity of the issues raised in every front-page article of the daily newspaper.

What were the key initiatives and their elements?

To meet the interdisciplinary goal, the founding faculty planned the curriculum in two tiers of two years each. The first tier, the Foundation Program, consists of a series of required courses from the five different academic areas: Mathematics, Physical Sciences, Biological Sciences, Social Sciences, and Arts and Humanities. The Foundation is meant to be broad enough to allow students to grasp the general sense of almost any interdisciplinary course of study.

The second tier of two years is called the Concentration Program. It focuses on a study Question that each student develops with the help of a faculty mentor. The Question is by its nature interdisciplinary, and becomes the guiding inquiry for their studies. It can be anything the faculty can advise, big or small: from “What is the best kind of grammar school?” to “What is beauty?” to “How can we improve health care delivery in developing nations?” to “Can renewable solar power replace the electric grid in Belize?” Essentially, Quest has as many majors as it has students, since each Question is individually designed. Another way of thinking about these two tiers is that the faculty first tell the students what they think the student needs to know; after that, the student then tells the faculty what he or she would like to concentrate on in particular. The motivation behind this structure is to oblige students to take responsibility for their own learning. We want them to come to us with the desire to learn. This system is very loosely modelled on the system of tutorials at Oxford. Nonetheless, there is only one program of study, leading to just one final degree, the BASc.

What was the reflection or lesson learnt?

Starting any small business is an arduous endeavour. At a new university, you gain a great deal of freedom from constraining bureaucracies and outdated traditions, but the obverse side is that you do not have the resources of a well-established institution. Nonetheless, we find that the curriculum, pedagogy, residential campus, and the other initiatives are a resounding success. Our unmatched scores on the National Survey of Student Engagement allowed our small pebble to make a big splash, and the interdisciplinary innovation possible at a private institution seems to have not only overcome objections, but drawn the attention of academics worldwide. Moreover, a recent survey of our alumni shows that two-thirds of them are either working or in graduate school in a field directly related to their Question. That reassures us that the interdisciplinary model can inspire students for life.

This article is one of the deliverables of a Teaching Exchange Fellowship offered by the University of Hong Kong. The author thanks HKU for its support, and the Centre for the Enhancement of Teaching and Learning and the Common Core for hosting the visit. 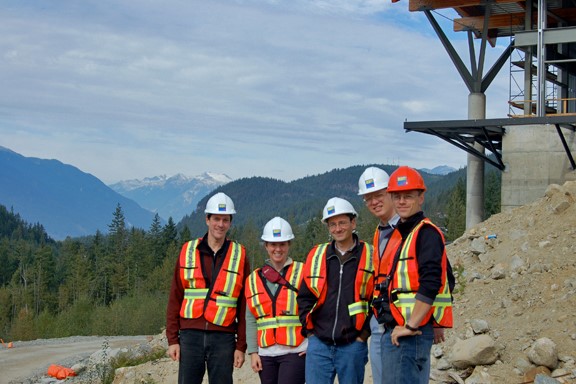 The founding faculty on the construction site 2006 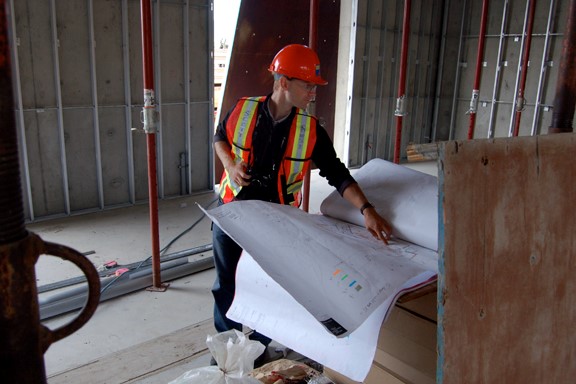 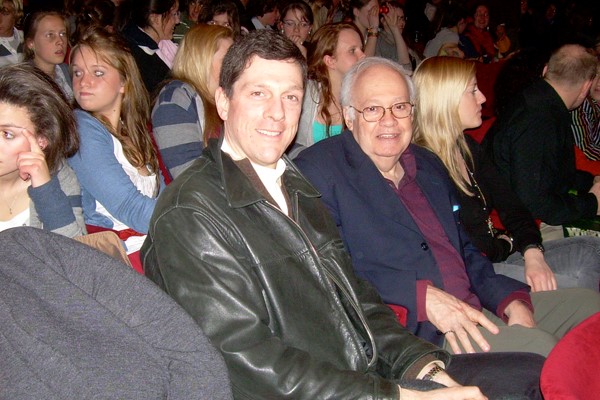 What can be done to enhance collaboration among academics from different disciplines so as to create an interdisciplinary experience for our students? What are the barriers? 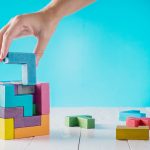 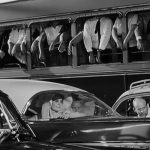