Cinema is often thought of as an art created by towering male auteurs – Godard, Rossellini, Kurosawa, Zhang Yimou, Wong Kar-wai…. The popular impression is that women have simply not been particularly active in filmmaking, or that they have not made significant contributions. All wrong.

There have been women working in film from the onset, and many great films have been made by women. Only a few of those, however, are remembered and spoken about. Women’s work is relegated to oblivion in the context of film history.

But why and how has this come about? I have come to realize that the exclusion of women is, in part, due to my own behaviour as educator. In my work over the years, I have uncritically privileged teaching and writing about the work of male cineastes; and even if I always added chapters on women in my books and gave numerous talks about their work, it has not been sufficient to restore the balance. The same behaviour is characteristic for many other women-educators, who are in gatekeeping positions in various areas and who often overlook the inclusion of women’s work on the curriculum. Thus, it is not appropriate to blame the current situation, where women’s contributions are still insufficiently acknowledged, on the men, historians and critics. Indeed, to a large extent they have created a self-celebratory male-centred account on cinema. Women, however, have easily succumbed to existing structures and have also worked to reinforce a problematic status quo by neglecting the work of other women. The time has come to change, though.

Let’s look at some examples of the self-effacement practiced by women. In November 2018 the BBC released the results of a poll aiming to identify the 100 most important foreign language films (BBC, 2018). In total, 209 critics from 43 countries had voted, and of these 45% were female. Yet, from the 100 films on this list, only three films were directed by women. On closer scrutiny of the specific listings provided by female critic voters, one could see that in more than half of the cases women had not included a single film directed by a woman.

The attitude of women who programme film festivals – and there are many of them around the globe – is similar. Festival programmers are gatekeeper: what will be at the festival depends on their decision. The perception is that the main festivals (like Cannes, Berlinale, Venice), usually programmed by men, tend to include a negligibly small proportion of women’s films in competition (c. 10-15%). The record of women winning awards is even more dismal. The male festival directors have recently stood under scrutiny and have had to defend themselves or make pledges to change. However, as a student of film festivals, I know that more than half of the world’s film festivals are, in fact, programmed by women. Why don’t these women use the gatekeeping position they have to change things? Why don’t they make their festivals more women-friendly? In October 2018 I had the chance to ask three key women from the world of festivals if they ever make conscious decisions on the proportion of women’s films on their programme.1 Each one of them said that they never consider the proportion of women’s film included in their line ups. One of them even rebuked me when I complimented her on the inclusion of 40% of female-directed films in a competition programme by saying that this is completely accidental.

But they also admitted they have recently started thinking of these matters and feel that a change may be on the cards. The anger unleashed by the #metoo movement may have helped in giving momentum. It is a fact that more and more women – professors, critics, festival programmers – feel that something needs doing for the status-quo to change. And it needs doing now. Hic Rhodus, hic salta.2

In education, the change should start with revising the canon (Harrison, 2018; SCMS Teaching Survey 2018). When we plan for teaching in film studies, we start by choosing the ‘texts’ that students will be exposed to and that will be discussed and analysed for the duration of the module. Planning starts by deciding which eleven or twelve films the students will watch. This act of selection is simultaneously a canon-making activity. Effectively it determines which films will ‘live’ and which will go into oblivion. Far too many times the choices we have made have favoured films made by male directors – perhaps now, rather than repeat the same, we could change the landscape by favouring the films by women? The role of the educator is unique in that we know the full field of material and can discern what to highlight. It is up to us to champion women’s contribution to filmmaking and film cultures.

One possible way is to teaching courses that are exclusively dedicated to ‘women’s cinema’ even though this set-up positions and isolates the work of women as something different within the field of cinematic art.3 My interest is to have the work of women included organically in every aspect of teaching. It is a matter of making a corrective effort and ensuring that the work of women is highlighted more, until it balances out and reaches the level to which men’s work is retained in cultural memory.

So in early January 2018 I made the decision to foreground the work of women in the structure of the module I was just about to start teaching, a Masters level course on FILM CULTURES at the University of St Andrews in Scotland, UK. I had already made most of the choices – and women were somewhat present as authors and filmmakers, but I decided to add a feature that would allow me to keep the established structure whilst simultaneously foregrounding the contributions of women. I introduced a ‘case study’ for each session, which highlighted the work of women from different countries to the development of film cultures. Thus, for the global dissemination of cinema we spoke about the pioneer Mme Kawakita, who brought Japanese cinema to the attention of the Western world in the early 1950s. In the sessions on film distribution we discussed the work of Hengameh Panahi, the French-Iranian founder and director of Celluloid Dreams, one of the key arthouse distribution companies and of American Debra Zimmerman of Women Make Movies. On film archives we spoke to Chalida Unamburungjit of the Bangkok Film Archive, who discussed the difficulties of film preservation in tropical climate and Regina Longo of Albanian Cinema Project, who highlighted the difficulties of preservation in an impoverished country. On film festivals we highlighted the contribution of Gulnara Abykeeva, founder of Eurasia Film Festival in Kazakhsan, on film music we featured the 89 year-old Indian Lata Mangeshkar who is believed to have sung more than 25,000 songs in the course of her career, for over 1000 films in 36 Indian languages. And on film education we interviewed Prof. Mette Hjort of Hong Kong Baptist University, whose book on film schools around the globe was on our reading list.

At the end of the course, a male Chinese student wrote he was particularly grateful that I taught him so much about women. This is good enough for the time being.

Next, I am about to embark on the editing of a large reference project in Film Cultures. The team of editors I recruited consists of three women and one man, from Turkey, China, South Korea and Italy respectively. I feel this is the next step in ensuring equitable distribution and representation in our canon-making work. 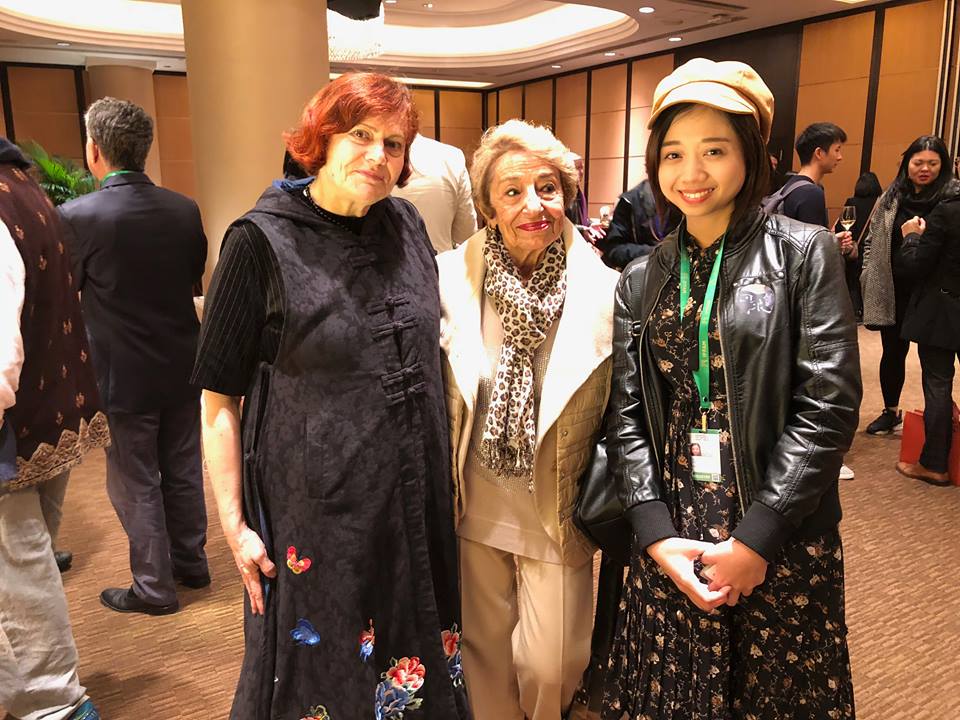 With one of the women, whose amazing achievements and contribution to film culture we discussed: Beki Probst: the grande dame of the global film festival scene, founder and President of the European Film Market at Berlinale for over 30 years. At IFFAM, with Macau filmmaker Long Wai I, December 2018

What do you think an inclusive learning environment should be like in a higher education institution? What elements are essential? 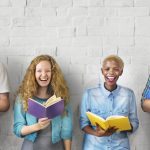 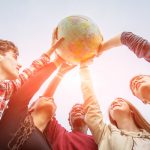