Catalysing interdisciplinarity: The Common Core at the University of Hong Kong – Gray Kochhar-Lindgren

The Common Core at the University of Hong Kong (HKU) serves as a cornerstone of interdisciplinary learning for all of our undergraduates, as well as providing a curricular space for academic staff to experiment with interdisciplinary teaching techniques. What are the advantages for student learning of developing the Common Core with its six required courses across four Areas of Inquiry (Scientific and Technological Literacy, Humanities, Global Issues, and China?) and its focus on student projects on campus, in the city and beyond? How does “interdisciplinarity” – whatever that is – transform individuals and groups, connect domains of knowledge, compose the common good, and enhance the tasks of the university as a whole?1

Interdisciplinarity has, of course, always been a highly vexed term and it is impossible, as it is with any complex word, to come to a definition that everyone will share. That is as it should be, since the language of a curriculum should serve not as a point of absolute consensus, but as a catalyst for thought, for programme building, for engagement and for the critical creativity essential for all authentic learning.2

When any academic programme is asked whether it is “interdisciplinary”, the answer is always: “Yes, we are already interdisciplinary. We always have been and always will be.” That is true: every conceptual, scientific and scholarly domain is interdisciplinary in scope – this is the historical, psychosocial, and epistemological manner in which knowledge unfolds for human beings – and yet this is often forgotten in the habitual discursive formations of departments since the emergence of the modern university, which is actually quite old by now, brings with it an extraordinarily intense demand for specialization and its concomitant funding streams.

Degrees are granted in specializations (both undergraduate and, even more so, in post-graduate education); new academic staff are hired for their “Areas of Concentration”; promotions occur because of specialized publications; and rankings increase or decrease according to the number of world-class specialists a university has on its faculties. In order to truly break new ground in a domain of knowledge, one must first be immersed in it for a long time and have become an adept at its means discovery, representation, and invention. Such deep specialization is, without a doubt, a necessity for all of us in the modern comprehensive research university.

How, then, does the Common Core intervene into this arena of institutional specializations, especially for undergraduates who do not yet even have a “discipline” to draw from? It intervenes by creatively moving across and through the spaces of the inter-, the multiple border-crossings and zones of translation that exist between academic disciplines, between the multiplicity of fundamental questions about the world – some of which are empirical and some of which are more conceptual – and the many betweens that are necessary to bridge in order to build more flexible, transversal and illuminating capacities to address these complex questions.

What the Common Core does to implement the practice of interdisciplinarity, which always includes a through-line of reflection, is to create courses that are designed in ways that inflect toward interdisciplinarity, interactivity, collaboration, and various types of discovery. Within these courses, students research across disciplines and undertake projects with friends from across all the Faculties that often produce quite amazing results. There are virtual reality and robotics projects; landscape art and the arts of cooking; cellphilms on freedom and videos of wetlands; devised dramas and debates; participatory engagements with NGOs (or actually starting a new one); selfie-contests at sewage plants and photo-journals of street art; essays on meaning and essays on time; play with Rubik cubes and thinking about algorithms; maps of genetics and maps of the neighborhood; business plans and architectural plans; visits to abandoned military installations and explorations of rock formations; forensic analysis of splatter-patterns and building of mobile phones; charting alcohol usage and measuring Big Data. There are experiments in fashion and experiments about gender; visits to temples, visits to museums, and visits to railroad construction sites.

Learning, perhaps, is learning how to visit a host of elsewheres, precisely the types of learning that our 21st century undergraduates are most in need of as the Common Core interstitially complements the students’ growing familiarity with the specialization of their own majors. Interdisciplinarity works within and across a matrix of ethics, experimentation, epistemologies, and the knowledge economy. It requires a facilitative skill that exposes students—right from the beginning of their university education—to the multiple practices and dispositions of learning how to learn across boundaries. All of this, in turn, participates in the much larger global transformation toward the “network thinking” that is one of the hallmarks of the contemporary university of our century.

The totality of knowledge, of course, can never be achieved—we are all finite and interdisciplinarity is not an accumulative model of knowledge – but this image of totality does serve as a regulative ideal for how universities can best operate in our historical juncture. Michel Serres, in an evocative image, has asked how disciplines might be “re-stitched” to create an experience that gestures toward the whole:

A river, for example… but how can we unite these classifications, dissolve these borders, gather together the already cut and formatted pages, superimpose the designs of the university, unify the lecture halls, pack up the departments in one suitcase, and make all the high-level experts—each of whom thinks they process the exclusive definition of intelligence—listen to each other? (p.38)

How do we learn to listen to a river, an enormously complex phenomenon that every discipline could usefully weigh in on? And yet, there it is before us as simple as simple can be: beckoning on a hot summer’s day or flowing slowly and magnanimously – replete with miniature vortices and undulant currents – through a winter’s fog. What is a river? What is listening? What is the teaching and learning that winds its way sinuously among the disciplines?

The university must continue to specialize, and, simultaneously, the university must continue to reconfigure the relationships between disciplines, academic units, and, most importantly, between the different forms of student learning. Interdisciplinarity is not, thank goodness, a settled category of knowledge or practice. It never will be. Instead, as in the Common Core, it serves as a catalyst to change habits of perception, to enable differences to speak to one another, to translate cross-disciplinary methodologies, and to create projects that transversally intersect with our world that is in such deep need of the generous abundance of learning.

Gray Kochhar-Lindgren
He is Professor & Director of the Common Core at HKU. He holds a PhD in Interdisciplinary Studies (Philosophy, Literature, and Cultural Theory) from Emory University.
https://commoncore.hku.hk/
Curriculum, Interdisciplinarity, Leadership
Catalysing interdisciplinarity: The Common Core at the University of Hong Kong – Gray Kochhar-Lindgren2017-05-172017-06-14https://www.cetl.hku.hk/teaching-learning-cop/wp-content/uploads/2022/09/cetl_logo.pngHKU CETL eNewsletterhttps://www.cetl.hku.hk/teaching-learning-cop/wp-content/uploads/2017/05/573540835.jpg200px200px 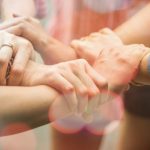 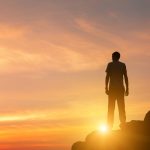