The following thoughts arise from having taught Law, Meaning and Interpretation for a number of years. This is an interdisciplinary course open to both law and non-law students, as well as being a core course of the BA-LLB double degree (ENGL2126/ LALS3002/ LLAW3161). There are two groups of students in the same class who have very different preparation and background. One group of students have been studying law for two or more years, and have passed examinations in a range of specialized legal topics. The other group, typically English majors, have yet to open a law book or study a legal judgment. The topic of the course is legal interpretation, that is, law’s encounter with problems of meaning, especially word meaning. Interpretation is taught to LLB students as part of their general academic training in law, though generally not as an independent subject.

Law students are taught a set of approaches and terminology – what I call the interpretative culture of law – which reflect wider debates about how law reasons and reaches decisions. They acquire a specialized skill with its own terminology and set of presuppositions and principles, and analyse famous cases where these principles come into play or which raise particular interpretative problems. English majors by contrast have studied a range of approaches to language, linguistics and texts of different genres, especially literary texts, but their knowledge of law comes primarily from popular culture and the media. In terms of classroom pedagogy, this is not always an easy balance, particularly in the first part of the course when it is the law students who are encountering familiar material, and the English majors who need to be brought up to speed.

I see my task as two-fold. On the one hand, I want to persuade the non-law students that they have a relevant skill-set, and that legal problems, while they are framed and discussed in the specific terminology of law, can nonetheless be translated into recognizable intellectual problems. I see this as a form of demystification, which may involve a critique of the interpretative culture of law, but also recognizes that law is a practical discipline with its own disciplinary rigour, seeking solutions to often intractable problems. On the other, I want to encourage the law students to step back from the specifics of their training and look at the questions of legal interpretation within a broader intellectual frame, where issues of certainty, morality, the nature of language and texts, and ideas from history, linguistics, religious interpretation, and literary criticism can also be part of the conversation.

For me, the history of legal decisions is also part of the history of ideas and of social history: a legal judgment is also a social text. Further, law is ultimately about social organization and the best way to regulate human conduct. As such, it is a matter of concern to every citizen, and an ideal topic for interdisciplinary teaching. Disciplines have a duty to challenge common sense and received opinion, and a specialized terminology is necessary for that task. Interdisciplinarity ideally operates as a check or corrective on disciplinary narrow-mindedness, since it involves subjecting disciplinary concepts to rigorous comparative scrutiny. Of all the courses I have taught since joining HKU in 1989 this is my favourite, but it is also pedagogically by far the most challenging.

Professor Christopher Hutton
School of English
Faculty of Arts
The University of Hong KongNote: More information about the course can be found here: http://www.english.hku.hk/courses/engl2126.htm
Curriculum, Interdisciplinarity, Pedagogy
The most challenging course I have taught in 28 years at HKU – but also my favourite – Christopher Hutton2017-05-182017-06-14https://www.cetl.hku.hk/teaching-learning-cop/wp-content/uploads/2022/09/cetl_logo.pngHKU CETL eNewsletterhttps://www.cetl.hku.hk/teaching-learning-cop/wp-content/uploads/2017/05/397477438.jpg200px200px 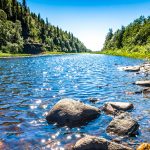 Catalysing interdisciplinarity: The Common Core at the University of Hong Kong – Gray Kochhar-LindgrenTeaching and Learning Connections #5 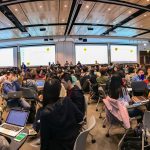